Marikana and its Aftermath

Here you can access, experience, and reflect on the deliberations which took place during the convening.

Since 2012, the Marikana Commission of Inquiry has been the site of struggles over the narratives, meanings, and implications of the events at Marikana. Participants in the Commission and scholars came together at the convening to consider the development of these narratives and stories, and to place both the massacre and the Commission in context. Spaces were opened for discussion and disagreement, and for the development of new political and social narratives.

Panel discussions and presentations addressed a number of topics, including: The Commission’s Contexts: Social, Economic, Political; The Politics of Platinum; Gender and Lived Experience; Practices of Policing; Popular Politics after Marikana; Political Economies; Land and Custom; Experiencing the Commission: Civil Society Lawyers and Families and Affected Communities; and The Farlam Commission 20 Years after the TRC.

About SERI and the History Workshop

SERI represented the families of 36 striking miners, who were killed by the police on 13 and 16 August 2012, before the Marikana Commission of Inquiry. SERI also represented the Association of Mineworkers and Construction Union (AMCU) at the Commission.

The History Workshop represents over 30 years of primarily community-driven South African social history. Its work attempts both to facilitate histories of people and communities largely left out of broader South African history, and to ensure that the histories and materials generated in this are accessible to the people whose lives and spaces they are about.

In August 2012, a group of Rock Drill Operators, dissatisfied with their wages, and with the representation available from either of the labour unions with a presence at the Lonmin Marikana Shaft, embarked upon an unprotected strike to push Lonmin for higher wages. The strike, and its attendant protest, soon gained widespread support, and incited a violent response – both from union officials and the police. In the days before 16 August 2012, the striking miners, union officials, Lonmin security guards, and the police themselves, all took a small number of casualties. The striking miners – about 3,000 of them – retreated to the top of a small rocky outcrop just outside the Lonmin shaft compound. There they stayed for four days, demanding that Lonmin management come and address them on their demands.

Lonmin did not come. Instead, the police moved to what they called the “tactical phase” of their operations. They encircled the outcrop with barbed wire, and made to disperse the crowd and arrest the striking miners. As they did so, a group of the miners started to descend the hill, moving toward the Nkaneng informal settlement a few hundred metres away. Travelling slowly at first, they sped up, and raised blankets over their heads, as they were met with teargas and rubber bullets fired to their left flank and to the rear. What happened then was televised the world over. Driven towards the police line, the miners ran around a kraal in order to disperse into Nkaneng through a small gap in the police line. As they approached, the police opened fire. Seventeen of the miners were killed there. Other miners ran away, and sheltered behind a small collection of boulders a couple of hundred metres away. The police gave chase and fired into, and from the top of, the boulders. Another seventeen miners were killed.

Soon after the massacre President Jacob Zuma announced that he was setting up a Commission of Inquiry to investigate the killings on 16 August 2012, and during the ten days immediately before. The Commission, under the Chairmanship of retired Judge Ian Farlam, sat for 300 days, and received thousands of pages of documentary evidence. On 25 June 2015, President Zuma released the Commission’s report. Other than exonerating the Deputy President, Cyril Ramaphosa, and a few other key political leaders, the report did not make any findings regarding individual or collective responsibility for the deaths it was set up to investigate.

Videos of Panel Discussions and Interviews with Participants 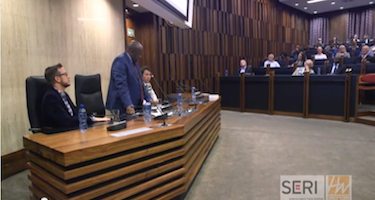 OPENING NIGHT - Commissioning the Present: Marikana and its Aftermath 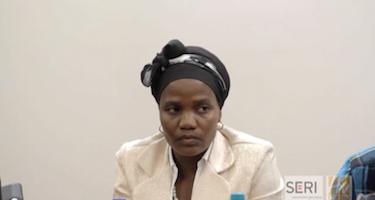 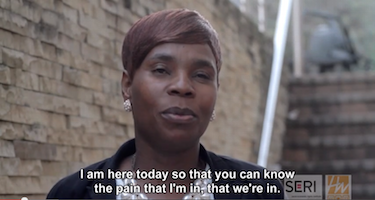 Mathabang Agnes Ntsenyeho is the wife of one of the deceased miners. 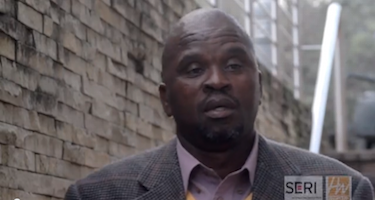 Andile Yawa is the father of one of the deceased miners. 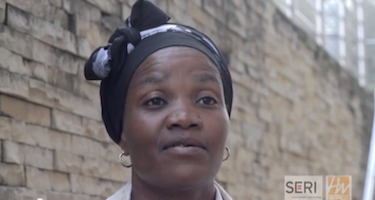 Betty Gadlela is the wife of one of the deceased miners. 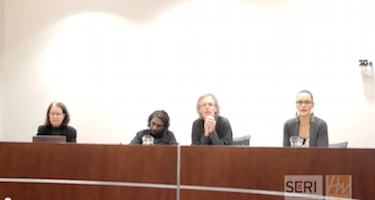 The Farlam Commission 20 Years after the TRC 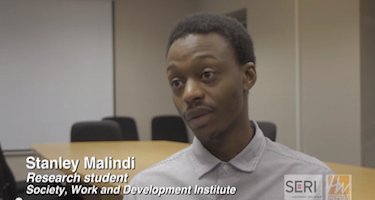 Land, Custom and Community around Wonderkop and the Nkangeng Informal Settlement

Stanley Malindi is an MA student in the Department of Political Studies and a research student in the Mining and Rural Transformation in Southern Africa (MARTISA) project at the Society, Work and Development Institute at the University of the Witwatersrand. 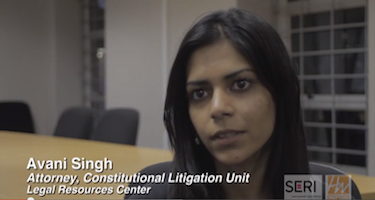 Marikana and the possibilities for enforcing the obligations of companies

Avani Singh is an attorney in the Constitutional Litigation Unit at the Legal Resources Centre (LRC). 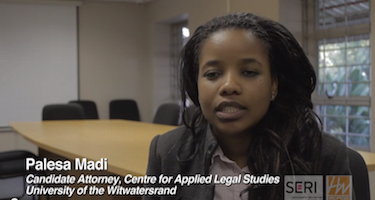 Palesa Madi is a Candidate Attorney at the Centre for Applied Legal Studies (CALS) at the University of the Witwatersrand. 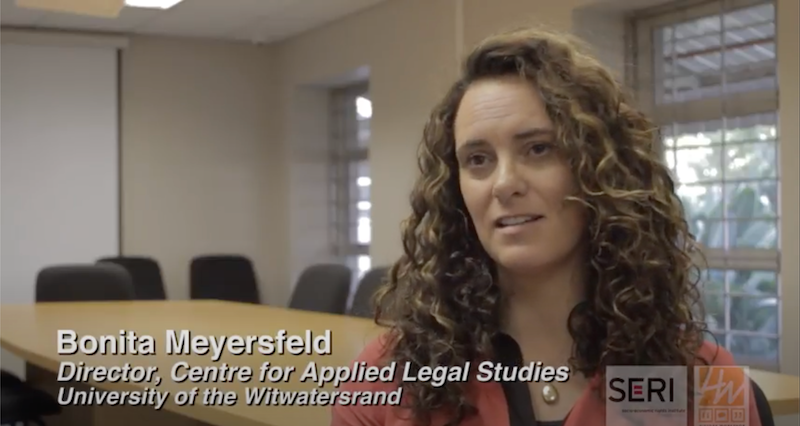 Corporate accountability on the part of Lonmin: the role that Social and Labour Plans could have played in the Marikana Commission of Inquiry

Bonita Meyersfeld is Director of the Centre for Applied Legal Studies (CALS) at the University of the Witwatersrand. 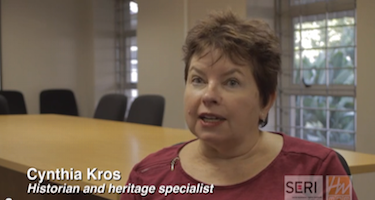 The Widows of Marikana and the Farlam Commission of Inquiry

Cynthia Kros is a historian and heritage specialist. 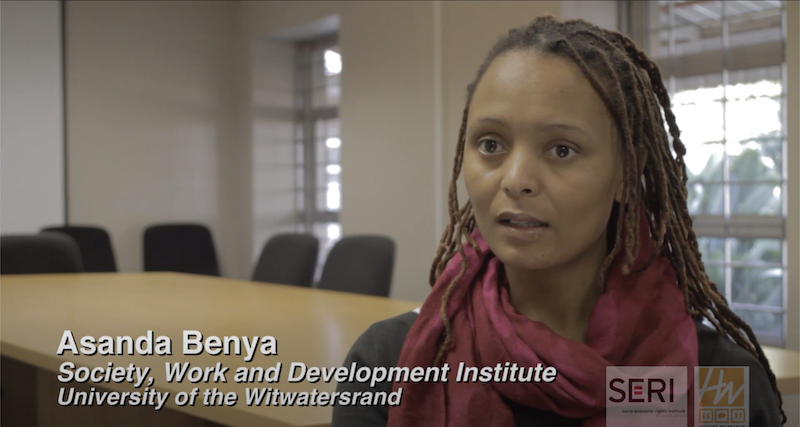 Asanda Benya is a PhD candidate in Sociology at the University of the Witwatersrand. 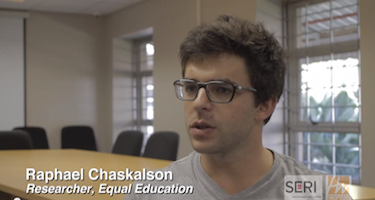 Raphael Chaskalson recently completed a BA(Hons) at the University of Cape Town, and currently works as a researcher at the NGO Equal Education. 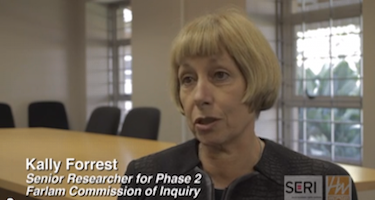 Kally Forrest was the Senior Researcher for Phase 2 of the Farlam Commission of Inquiry. 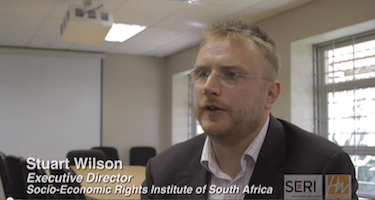 Marikana and the Contemporary Moment

Stuart Wilson is a member of the Johannesburg Bar and Executive Director of the Socio-Economic Rights Institute of South Africa (SERI). 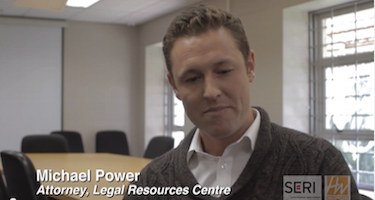 The use of force in public order policing: Marikana and global trends towards remilitarisation

Michael Power is an attorney in the Johannesburg office at the Legal Resources Centre (LRC). 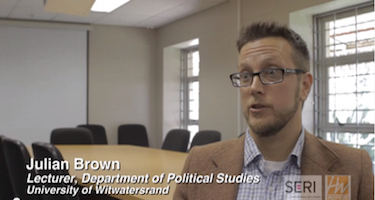 Marikana and the Politics of Equality

Julian Brown is a lecturer in the Department of Political Studies at the University of the Witwatersrand. 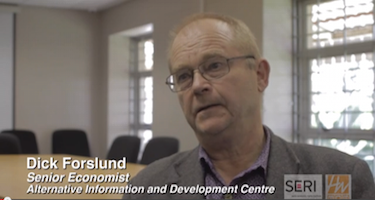 Dick Forslund holds a PhD in Business Administration and a BSc in Economics from Stockholm University School of Business. He is senior economist at Alternative Information & Development Centre. 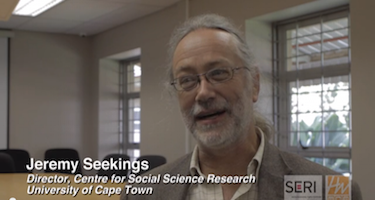 Jeremy Seekings is Professor of Political Studies and Sociology, and Director of the Centre for Social Science Research, at the University of Cape Town.

Gareth Newham is Head of the Governance, Crime and Justice Division of the Institute for Security Studies (ISS). 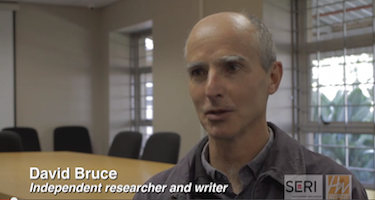 Political accountability for Marikana - the role of the Minister of Police

David Bruce is an independent researcher and writer focusing on crime and policing. 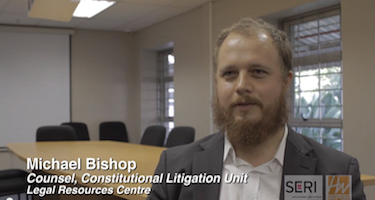 Michael Bishop is a member of the Johannesburg Bar and counsel at the Constitutional Litigation Unit at the Legal Resources Centre (LRC). 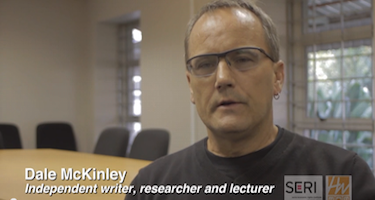 Marikana as past and present: Protest and the political corporatisation of SAPS

Dale McKinley is an independent writer, researcher and lecturer as well as political activist. 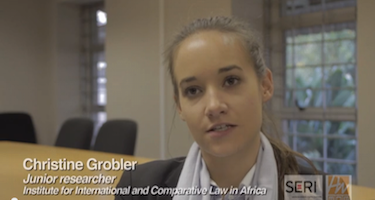 An international law perspective on South African commissions of inquiry in the context of extrajudicial killings: A case study on the Marikana Commission of Inquiry

Christine Grobler is a final year LLB student at the University of the Witwatersrand, and a junior researcher at the Institute for International and Comparative Law in Africa. 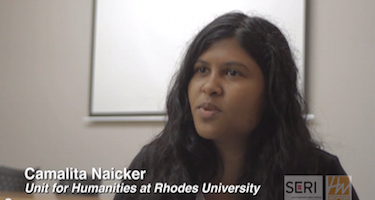 What’s in a name? Marikana and its afterlives in popular struggles in South Africa today

Camalita Naicker is a PhD Candidate at the Unit for Humanities at Rhodes University (UHURU). 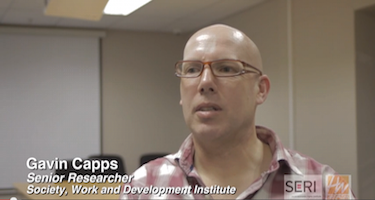 Gavin Capps is Senior Researcher at the Mining and Rural Transformation in South Africa (MARTISA) project based at the Society, Work and Development Institute (SWOP) at the University of the Witwatersrand. 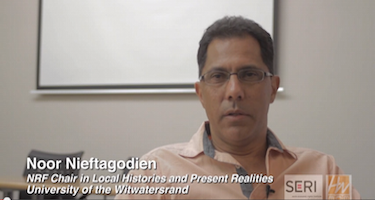 Marikana and the Politics of Solidarity

Noor Nieftagodien holds the NRF Chair in Local Histories and Present Realities at the University of the Witwatersrand.